It's All about Me, Right? 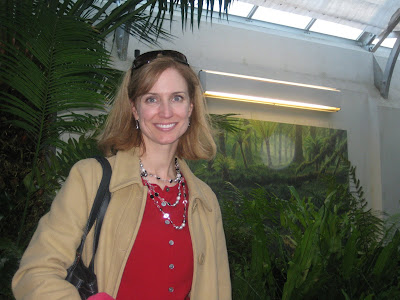 So I was having a fabulous dinner with college friends this weekend when one of them mentioned a guy I dated a bit in college. She had seen him on Facebook. I continued eating my salad, but all I could think of was “Holy Batman! He’s on Facebook?!”

After nearly 20 years of nary a peep and zero updates through friends, I now had a chance to see how he’d been doing. Most other exes of mine are still friends. Tom and I go on double dates with a guy I dated for 2 years and his wife. One lives 2 doors down . Several came to our wedding.

But this one was different. He was the last guy I dated before Tom. He was at a tough time in life when he just seemed rudderless, and I worried about him. We had no closure, as we were just “hanging out,” and then one day we weren’t.

Earlier, when I dated a guy who didn’t seem that into me, I was secretly relieved when he later informed me he was gay. So, I think I tried to convince myself that if THIS guy hadn’t really hung around, captivated by my sparkling personality and inescapable beauty, he must be gay, too. File that under “Narcissistic” please.

Anyhoo, I had wondered over the years, because although I had been able to see other exes find their way, establish careers, and start families—I had heard NOTH-ing about him.

Well, upon my Facebook perusing, I see that not only is he NOT gay (hot wife, adorable kids—I know there are exceptions to this, but still…) he has established a great career in a town where you don’t have to wait a freakin' hour to get into the parking garage to go to a darn movie (just venting here), and he appears to have a fantastic quality of life.

During my Facebook stalking (PLEASE tell me he has not yet discovered the “See Who Has Been Viewing Your Profile” function!) I had mixed emotions.
You see, a wee little part of me fantasized that he’d be miserable because he didn’t have me to give his life meaning and purpose. File under "Narcissistic part deux," please.

Because I had neither seen him nor heard from him, in my mind he was still that endearing yet confused 22 year old needing someone to help him. I had stuck him in a box, but he had obviously crawled out of it a looooong time ago, while I went right on worrying. And, really, he was never mine to worry about in the first place.

Have you ever put someone in a box, or in a corner ("Nobody puts Baby in a corner!") only to be surprised when they didn't stay there? Has anyone done this to you?

Email ThisBlogThis!Share to TwitterShare to FacebookShare to Pinterest
Labels: get a life, I'm so weird, narcissist say what

BTW, I am doing a drive on my blog that I think you will support. :)

My ex husband was my first long term boyfriend, believe it or not. Oh I had dated but after three months when the guy showed real interest, I got real busy and never saw him again. Can you spell "dysfunctional?"

I think everyone can relate to this. "What - you're life didn't cease the minute I was out of the picture? How dare you!"

I still want your to write my biography. There is a chapter that goes with this :)

Oh I've done that, and thankfully they've stayed in a corner. Curious about the last guy I dated before hubby came along.

Hubby hates the movie, but LOVES to say, "nobody puts Baby in a corner!" Made me laugh to see it.

So true, Anna. This was a very brave post. I can't think of many other people who would admit to wondering "how could my Ex thrive without me?" I'm so guilty of these thoughts... Thanks for letting me know that I'm not the only one. :)

I'm sure I have! And I'm sure others have with me. Human nature, I suppose. I loved your internal commentary Anna - made me laugh! (ps - I've heard that that facebook app is full of crap - not sure if it's real or not!)

Ha! The profile check function has made me a paranoid Facebooker! The only thing that saves me from complete paranoia is that I know my last boyfriend before I married isn't on there (of course, I know that because I have been known to randomly - perhaps routinely - check).

Anyway, I still have a bit of an awareness of him these days, and while he's a stable person, has a job, etc., there's still things missing and I have random thoughts of "Ha! I TOLD YOU SO!" when I like to think the reason he's not done some of the things he planned because I'm not part of them.

Fist bumps to the narcissistic tendencies!

You always make me think. And laugh.

There was one boyfriend from back in the day, for whom I was the one the got away. His words, not mine. And as much as I used to obsess over him, I am thankful beyond belief that it didn't work out. Especially after seeing him on My Space not that long ago, snicker snicker.

jbhat (who is as narcissistic as they come, by the way. you are definitely not alone.)

I see you got your roots done for this lunch. I would have, too. We don't want to be the one about whom it is said, "So sad, how she's let herself go!"

there's a fb function to check out who has perused your profile? holy batman, robin! :]

I definitely have been curious, but mainly about girlfriends from my childhood. Of course there's always slipped moments of curiosity induced lurking. It's human nature!

Too funny. I am always amazed to go back to my tiny hometown and realize that life continues moving on there, despite the fact that I left two days after graduation. (narcissism is my friend too)