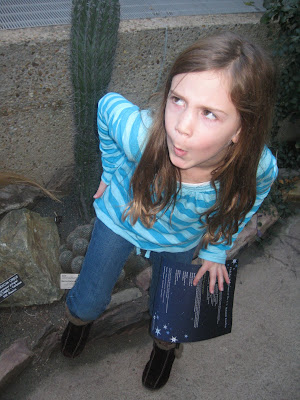 I only speak one language—English. I loved French in high school, but that’s mainly because my best friend and I gave each other French names and enjoyed eating crepes. I was a French minor in college, but one episode in Paris quieted this petite mademoiselle forever.

Studying in London for a semester, we hopped over to Paris for spring break. We had no idea where to stay, so we wandered the streets for a while at midnight (note to self: never let my kids do the same crap I did!) and walked into a small bar. My friends and I were chatting with a few creepy middle-aged men there (I know, I know!) when one girl said we didn’t have a place to stay for the night. Eeek.

The creepier of the two started describing his beautiful apartment to us and then calmly stated, “You are most welcome to stay in my apartment tonight as long as I can FEEL your friend.” Yes, he was pointing at me.

Should I have been flattered that I was the chosen one, creeped out beyond words, or just pissed at a girl named Jenny who actually had a flicker of disappointment cross her face when I declined the guy’s offer?

We ended up checking into a place called “Hotel California” and fortunately we were able to check out anytime we liked and we really could leave. The next day, when my friend Julie realized she’d left her shirt behind, she appointed me as the pay phone caller because I’d taken the most French. I tried to explain to the hotel desk clerk about the missing “chemise,” when the lady broke in with disdain—“Oh puh-leeeze Miss, you should just speak in zeee English.”

My French days were over.

A few years ago I took Spanish at the local community college and loved it but haven’t practiced at all.

I do hope my kids learn languages. Jake is an expert in Latin, which should help him, say, in Ancient Pompeii, and Molly thinks other languages sound weird. She does rock an awesome British accent that swings between high brow and Cockney.

I know that trying to communicate in another language is difficult and humbling, and I always show people the grace that the mean hotel lady in France did NOT show me.

I want not concur on it. I think polite post. Specially the designation attracted me to study the unscathed story. Posted by Anonymous to An Inch of Gray at January 14, 2010 2:29 AM

Or am I being too mean? I mean, trying to spam in another language does take some level of skill.

Email ThisBlogThis!Share to TwitterShare to FacebookShare to Pinterest
Labels: am I being mean, blogging, spam comments

i had a rash of spams a few months ago. so weird, but mine were lists of items from a web page, perhaps. yours is much better. it's like a translation project gone horribly wrong.
it made me laugh, though!!
the hubs and i went to paris many moons ago, and as soon as we began to butcher their mother tongue, they quickly pleaded with us to please speek zee engleesh. i believe we made their eardrums bleed.

I receive three to six emails PER DAY of interested parties keen to know the status of my lovely home for sale. If I would be so kind as to respond to their queries, they would be delighted to make me a cash offer for double my current asking price. Silly me for deleting them.

You are NOT being mean. I saw that comment and laughed. What an idiot. I clearly do feel grace towards that guy/girl!

I'm so jealous you did a semester in London! That's one thing I regret about my college experience - I never did a semester abroad. I really hope my kids do!

Ha! I love it. I can totally picture an indignant young Anna.

I loved that comment. Yesterday I read the following in an ESL student's short essay about the impact of being the victim of a racial slur:

“Negative sides of his humanity may be activated and he may lose self-confidence and start to perceive the world around him in a pessimistic perspective.”

I loved it. ESL writers are endearing to me.

Oh. My. Gosh. I want to go back in time and be your parents and kick your butt for the Paris thing. WOW. HORROR STORY.

I totally get the language ineptitude thing.... Never ask me to say "green beans" in French. You'll cringe and hope for ESL spam. (:

Funny! That Hotel California bit...loved it and read it out to Scott.

Weird! I heard about some strange comments on other blogs, but haven't gotten any yet....almost disappointed! :)

Good dispatch and this mail helped me alot in my college assignement. Thanks you as your information.

i'm in a bad mood as soon as i see someone left a comment as annonymous....

I DESPERATELY want my kids to be fluent in a foreign language.