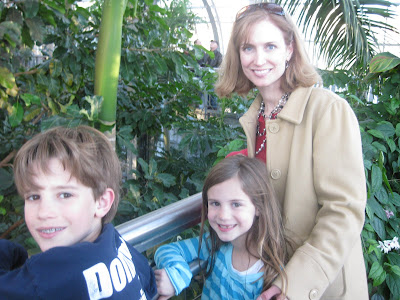 So I was checking email down at my sister’s house. I saw 4 or 5 work emails that I thought I would get to later. I’m in charge of registration for an upcoming event at work, and people are registering via email and our website. The next day when I checked—the work emails were gone. I commented on this odd fact to my sister. Tom was laptopping away next to me and said nothing. Tappety tappety tap.

Now his NOT chiming in on a convo between my sister and me is not unusual, because he usually has no desire to weigh in on whether Old Navy’s Perfect Fit tees are better than the Baby Fit ones, but his silence seemed…notable. He also had a bit of a deer in the headlights look.

Upon pressing, I learned that he had checked our shared email account and done what he usually does, deleted the emails that were of no concern to him. He usually does this upstairs from his office on his computer and it doesn’t seem to affect my emails downstairs on mine. So I don’t want to get into a whole Yahoo/Outlook technical thing here (yawn) but suffice it to say, my wheels started turning.

Were my work emails lost forever? How many registrations were missing? Did this explain why for over a year I would check my emails from my work computer and not be able to find them when I knew full well they were on my home computer? About 4 or 5 times I’d called in tech support to help me with this, but no one had any idea of what I was talking about.

Had Tom been the culprit the whole time? He proclaimed what he had done would have NO effect on my emails. Hmmm. I was not buying this litttle co-ink-y-dink.

I don’t know whether it was the excess of Christmas cookies or a zen new attitude, but I took it in stride. Normally I would freak and worry that I would look incompetent at work. I would lash out at Tom for ruining my life. Instead, I emailed my boss and told her I had no idea who had registered. I contacted the website people at work to see if they could find the info some other way. It was notable that I didn’t get mad and didn’t start playing the blame game.

I think because it was so obviously Tom’s fault, and so clearly unintentional, that I felt sorry for him. I tend to lash out and blame others the most when I feel a bit culpable myself, and on this one I didn’t feel the need because I was smelling like a rose.

But it got me thinking. All I want in life is a little acknowledgement. Tom is not super-forthcoming in this department. He is more of the, “if we don’t talk about it, perhaps it will go away” school of thought. “Maybe Anna will forget it ever happened in the first place.” Ha. I am from the land of, “just admit you are wrong, then I’ll feel sorry for you, and we can all move on.”

I know acknowledging our failures does not come easily, especially to me. I am such a blamer I am apt to drop a can of diced tomatoes on my toe, cuss, and look around for someone else to pin it on. The thing is, when we (I) say a sincere “I screwed up" or "I’m sorry” --NOT “I’m sorry you feel that way”-- we are all better off.

After an hour Tom volunteered, “I think I may have been responsible for the disappearing emails…” Not clear cut, but it did land him firmly back on my good list. He also said perhaps we should get separate email accounts so his ardent desire for an uncluttered inbox would not adversely affect me. Bravo.

I think his motives may not have been 100% pure. He had a vested interest in getting on my good side because he knew that within the next two hours we would be headed to this bed and breakfast for our anniversary. He did not want to ruin all chances of a little Anniversary Lovin.’ 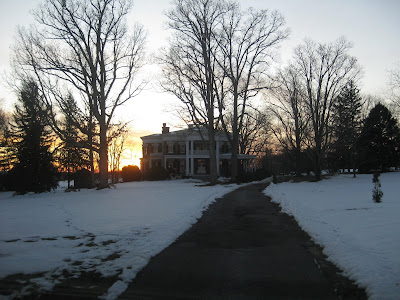 Like most men, he has experienced the (insert screetchy sound effect of a needle being dragged backwards across a record) of a promising evening quickly going down the tubes because of one wrong move, look, or a careless answer to the question, “Do these Jeans make my butt look big?”

Don’t we all want the same thing? No, not a big butt or even some Anniversary Lovin’—but a little acknowledgement? It’s not that we DISLIKE doing the shopping, decorating, and un-decorating for Christmas, but we want someone to verbalize that they know these things don’t happen magically by themselves. We want someone to say, “Good job. I know packages don’t mail themselves.”

Think of how far these words could go: "I appreciate you. I didn’t mean to hurt you. I screwed up. You need a break. I’m sorry. You seem worried about the kids. I haven't been spending enough time with you. I've been neglecting our friendship. I get what you’re saying. You look great in those jeans. I smell what you’re stepping in. You matter to me."

Thanks Anna, I smell what you're stepping in. :)

"You look great in those jeans." That's one I'd like to hear more often.

Happy Anniversary to you both!

Once again, you've brought tears to my eyes. I need to take a step back tonight, myself. I needed to read this, right now. Thank you!

Love this. Only wish I would have read it earlier this morning.

Unfortunately, I do actually dislike going to the grocery store. This afternoon, my husband asked when we were going to go to the grocery store. I told him that I would go after someone else helped make a list of meals they wanted to help make. Until then I was planning on eating leftovers and cereal instead of cooking thankless meals. Yikes! My holiday spirit didnt last long did it?!

Gotta run. I am hungry now... and wishing I had gone to the grocery store instead of being such a bully.

Such a great post! The need for acknowledgement is so huge in all of us I think. I have recently been more intentional about complementing my hubs for all the stuff he does around the house & yard. It really helps the overall atmosphere.
That B&B looks wonderful, congrats on your Ann!

Anna - you always look rocking in your jeans to me. And I bet you do to Tom too. We all need to acknowledge more - I indirectly say the same thing about John in my posts but find that its a two way street. I am not always the best about fessing up when it's most important - an have a really hard time saying "sorry" or "i was wrong" to my husband.

BTW - the point of my comment wasn't that you are guilty of not acknowledging - just that I think I am guilty of stepping in the same stuff that Tom did the other day.

D'oh! I had my clever comment all worked out and when I logged in Lindsey had already used it!

And just so you don't feel alone, I am the BIGGEST BLAMER. Ever. But at least I own it. That's half the battle, right?

Well said. A little empathy goes a long way. It's something that we KNOW in this marriage, but sometimes forget to APPLY. We're working on it, though.

Hope your anniversary was tender and sweet.

sigh. yeah. more acknowledgement would be nice. and i need to blame less. and nag less. and just in general be more negative.

i can't figure out how to let him know i need acknowledgement without being naggy.

Kiran is right - you do rock those jeans, Sister! :)

I spit out my drink at "I smell what you're stepping in." We say that all the time!! Along with, I hear you chirping, big bird ;-)

You are so right, small acknowledgments go such a long way. Hope you had a fabulous get away.

So true, so very true. I am always telling my husband that all I want is a little pat on the back once in a while for doing his laundry for the past 15 years. Sometimes I forget that he may need the same thing.

Anna - I meant to tell you this earlier: Thanks for keeping a blog - I like what you have to say! (:

Also love that you have an "acknowledgment" label for your posts. I'm right there with you, acknowledgment of all kinds of doings is essential to my well being.