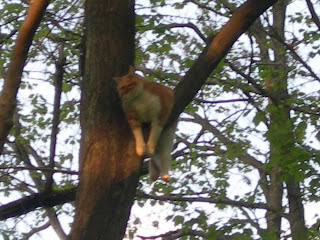 If you would like to subscribe to my blog, please go to the very bottom of the page to the button that says: Subscribe: Posts. Thanks! Anna See

This post was hilarious - I kept trying to read lines to my husband, but was laughing too hard for him to understand me. I've never seen a cat skeleton in a tree either, come to think of it!