So, as most of you know, Jack said his first word when he was ridiculously young. I thought it was when he was 6 months old, but when I looked it up in his baby calendar last night, I see it was a few days after her turned 7 months. He started imitating a hand motion I made when I changed his diaper under his origami bird mobile, and then he said it aloud. He was VERY pleased with himself. 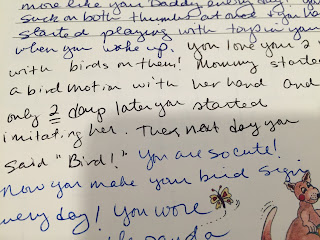 Here he is making the cute motion: 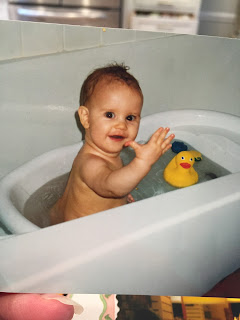 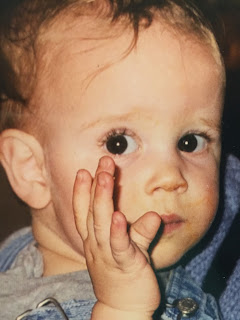 It became a fixture in our house. People would think he was so clever to know how to wave, but he was really just saying bird.

Well, at the beginning of October, when Andrew turned 6 months old, he started making the same hand motion. It was so darn cute! He would stare at his hand and do the royal wave. He entertained himself in church, in the car, and around the house. Of course, it reminded us so much of Jack, and felt like real God-wink. Even when Andrew would awake at night due to being sick, he would thrust his hand in the air and do his little wave.

I've been wanting to share this with you, with the caveat that we are NOT trying to make Andrew into a little Jack. It has just been so fun to watch. We say "bird" when he does it, but to Andrew, it probably means something entirely different that we haven't decoded yet. It comes and goes.

It was very special to have him do it last weekend when Tim's parents were in town, because he could show Grandma Mary-- a huge bird lover who helped Jack get into birds in the first place. Here they are, looking very serious as they check out our feeder together: 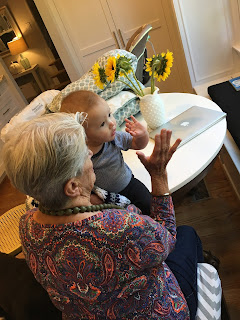 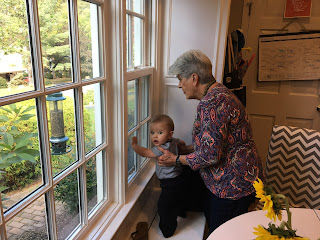 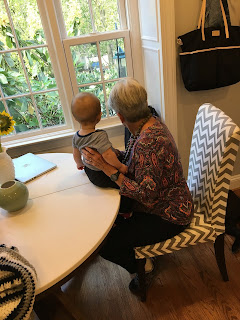 This past weekend the weather was even better, and we were able to be outside quite a bit more, which Andrew enjoyed. He is still battling congestion, so sleep is not great, but the smiles help everyone! 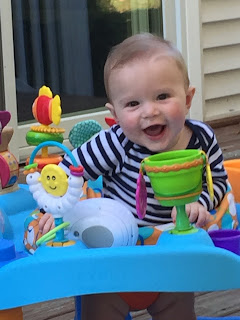 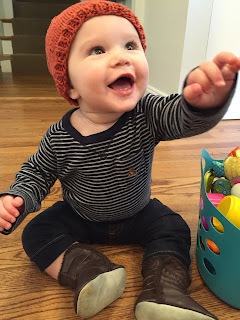 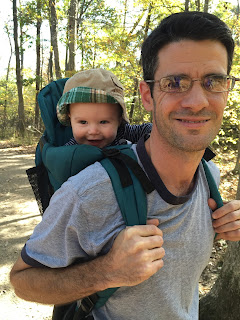 p.s. Have you entered my jewelry giveaway?

Wow, what a God wink! Out of sadness, a little joy. Warms my heart.

Of course you aren't, I honestly hope that no one has ever accused you of doing so. It's a beautiful God wink for sure.

Oh and I bought the make up eraser, that thing is MAGIC!

Love it! He's a cutie patutie! (We just learned that our daughter is having her first baby at age 42! Her husband is 52!) I read your blog for extra joy in this news. :)

We love you Jack and are so amazed by the miracles you bring in whatever way! 😘💙

Love this post! Big brother Jack is always around.....

I bet you were absolutely gobsmacked when he did that! And yes, I totally think it's a God wink. ;) So cool!