The first week of school went well, and there has been a break in the weather, so now it truly feels like fall is here.

It was a mash-up of emotions for us as we launched Margaret to high school on the 8th, which is the same day we lost Jack four years ago. Aren't you so proud of her for boldly stepping into this new phase of her life? We are! 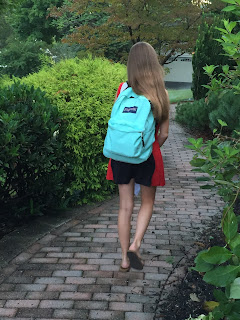 We felt the prayers sent to lift us up and appreciated all of  your messages of support.  On the 8th, Tim and I stayed home from work, looked at pictures, and cried. Then we went out to lunch, and cried. It was good let ourselves do that. By the time Margaret got off the bus and needed to head to her field hockey game, we felt strong and ready to cheer her on to victory. 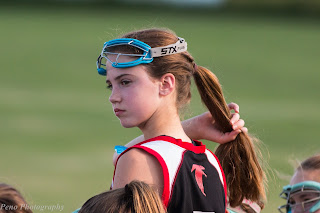 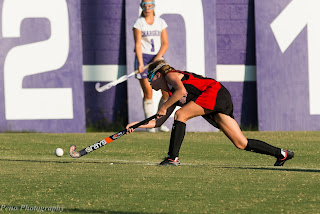 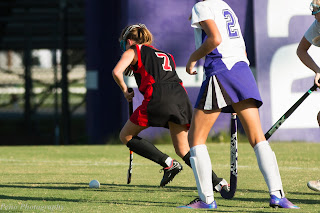 I was going to try to describe the sense of lack we feel, with Jack not being able to drive Margaret to school and show her the ropes. Of not having loud boys in the house anymore--  a band of brothers looking out for her. But it goes beyond the words I have. I must admit for those of you who have juniors in high school, which is what Jack would be now, I am NOT missing the stress of the workload he would be experiencing, but that's the only thing I'm not missing, that's for sure.

I guess my thought for today is that Jack is still Margaret's big brother.

I don't know how it works, but I know it's true. So when you remember him, in your heart and your mind's eye, could you try to picture him as a 16 year old, not a 12 year old? Because Jack hated to look young for his age, I find it a cruel irony that he has been frozen in time. As we move forward every day in hope, let's bring him with us, not leave him as a little boy.

The new image will be hazy around the edges. There will be blank spaces, as we don't know what changes he would have experienced as he grew.  But we do know that Jack was an excellent son and  brother. We do know he relished friends and laughter. So it's safe to bet there would be cute a instagram shot with Margaret jumping on his back for a photo op at the first home football game. We can picture him laughing beside us on the couch as we watch TV. Or cracking up at Charlie's puppy antics.  We can also imagine there would be ups and downs. Maybe he wouldn't even LIKE us very much right now.

But there would be love. There IS love. We know enough to know that, don't we? 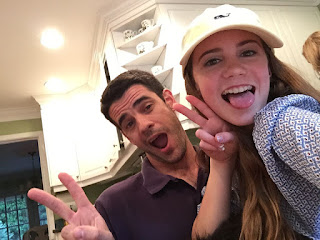 p.s. If you are in the PA area, I will be speaking at Grove City College on Friday night at 6:30 in Harbison Chapel. I'd love to see you there!

Email ThisBlogThis!Share to TwitterShare to FacebookShare to Pinterest
Labels: back to school, child loss, fall, grief

Awww...tears for you:). Margaret is soooo cute. What a beautiful girl! She is definitely still the little sister and I know Jack is keeping her safe and cheering her on. Hugs, NoVa mom Jen

Sending you lots of love, Anna. I am holding your heart in mine and praying for peace and comfort for you, Tim and Margaret.

Oh my goodness, she is stunning Anna.
I cried on the 8th as well. I re-read the bridge post and thought of all your should-haves. Wishing you and your family amazing strength.

Despite everything we try in our mind life does go on doesn't it Anna. Margaret is beautiful and brave, you all are! I love the idea of picturing Jack older, I imagine he would be sticking his sweaty pits in Margaret's face and his new word would be stank! Bless you all!

Love you and yours so much. xoxo

Love to you, Anna. Your family has been in my thoughts so much.

Your family is beautiful. Sending love.

Much love to you Anna and Margaret and Tim.
There is a friend of the family who has a son that reminds me of Jack.
As I see him grow older I will extrapolate an older Jack too.
Carrying you all in my heart today.

Remember the movie Ghost? Patrick Swayze's character says that "The love inside... you take it with you" I know Jack is full up with love for you all just as you are for him. That bond doesn't break when one of you is in Heaven. So, I know that he's watching over Margaret as she begins her big High School adventure. Much love to you and your family, Anna. You are often in my thoughts and prayers.
:) Maggie, Ohio

I AM proud of her. I'm proud of all of you. And yes, he is still the big brother. Still.

I have thought of you often, as I typically do at the beginning of September. I am still grieving the story that God has given you… but I'm so proud of how you tell it. You lean into the difficult like no one I know. You lean in to the pain with the courage of a mother during childbirth. It's hard and hurts so much that you're inclined just to give up, but you press on. God is doing miraculous things through you and it's all because you choose to press on, to lean in, and take that next step toward tomorrow. I'm so thankful for my new paperbook copy of Rare Bird and will treasure it until it's time to let it fly into someone's hands who needs to hear Jack's story. Love you, Miss Anna.

Lovely post. My favorite part is the reminder that Jack still is Margaret's big brother.

On the 8th when I prayed for your family a very vivid image of Jack driving Margaret to school was what I pictured as I prayed. I can't be the only one constantly calculating Jack's age in reference to his sister (and my own kids')..he's coming along with us...and he's not forgotten. Much love. Thank you for writing...it helps me grow in faith.

You are wonderful! You honor his memory, and at the same time, you speak for him. You know what he would want, and you convey that. Yes, picture him as a sixteen-year-old, and he is by your side. I just know it. I have goosebumps right now. You were lucky to have him, and he was lucky to have you. But you still have each other. Always.

Margaret is just so lovely. I can see Jack as you see him. Beautiful post.

Kathy at kissing the frog said...

What a mix of emotions indeed. It's interesting that you say you're not sure how to imagine Jack. I always try to imagine what Joey would be like now; but it's hard because who really knows for sure? We know the direction that his personality was headed in, but he was merely five. Who knows what he would be like at 15 or 25? I have to admit, it's kind of fun (maybe that's not quite the word) to make him what we want and need him to be sometimes. So much love to you, as always.

Margaret is such a lovely young lady. And yes, Jack will always be her big brother. That is just the way it is. Jack's looks are so much like his Dad's that it doesn't take too much imagination to see him at 16. Wishing you and your beautiful family peace and love from Austin.

You are a brave and incredibly optimistic mother...a blessing to all who "know" you.

Your children are so beautiful.
I'm thinking of the post you wrote about them in the tree together and picturing it now.
Brother and sister always.

Margaret is a shining star! I can picture Jack as a doting older brother. There's so much love for him and your family evident in your writing.

I hope this gives you some small comfort. I lost an older brother when I younger ( I was a middle sister between two brothers and then became the oldest kid, which was weird and awful and not true). I was 8, so younger than your daughter. But to this day ( and I am 45) by brother aged right along with me ( he was 3 years older and in my mind, he has always looked older). And whenever I had a question or was mad at my parents or needed my older brother, he was always there, older in my head. I pictured him with a beard ( gross!) or some goofy variation of facial hair that boys experimented with when I was in college. I pictured him with a 5 o'clock shadow when I grew up and got a job, and I feel like I could guess which type of coffee he'd drink now as an over-scheduled parent. I see his features in some of my kids, imagine what his kids would look like ( he liked blondes, but what do 11-y-o's know???). He grew up with me. It just happened. I don't know that it would have struck me as odd, except I read your post just now. He was always my older brother, always there for me with wise counsel, which often sounded suspiciously like what I wanted to hear, but sometimes gave me an excuse to acknowledge that my parents were (Crap!) right. He's still here, so many years later. I have 2 brothers, an older and a younger.

Margaret is so pretty and grown up. I think that you are doing a service about writing about your grief four years later.

I just learned of your book today (from Lisa Jo, Surprised by Motherhood), and have already requested it from the local library. I popped through to peek at your blog, and now have to leave a comment, because I graduated from Grove City College! Hope you had a lovely experience there...so beautiful in the fall!

Oh man I missed you speak at chapel! I graduated from Grove City and still live in the area and I am so bummed I didn't read this earlier! I just listed to the archive file and you have a wonderful message to share. Thank you for being so real and vulnerable with your book and speaking engagements.