In the Trenches in the Dog Days of Summer 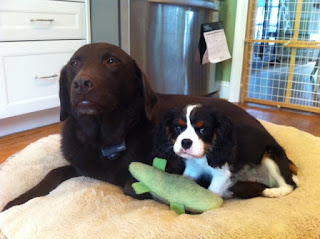 When the kids were little, it seemed as if all hell would break lose when Tim would leave town, but when I was away, Tim would say things like, "We made a quick trip downtown so I could show the kids what a real Picasso looks like. There was a parking space right in front, and the stroller made everything so easy!" Then he would leave town again, and I'd be like, "Well, we all have diarrhea. And croup. Bright spot? We had a productive discussion as to whether diarrhea should be called #1 1/2 or #3."

The best/worst example of this phenomenon was when he got an extended assignment for his firm in Paris.  I was pregnant, with a sick toddler and a my own case of walking pneumonia. Oh, and my rib was cracked from coughing.

But for some reason that didn't stop him from telling me about the great wine selection and how at one restaurant the staff rolled a cart to the table upon which sat, "The biggest cheese wheel I've ever seen!" I didn't even know what that meant, but in my diminished and desperate state, upon hearing that my husband was enjoying wine, freedom, the City of Light, and an enormous quantity of CHEESE, I was fraught with jealousy.

I share this because on Saturday, while I was away at a fantastic blog conference, almost 14 years after the cheese wheel incident, I think we are more than even.

I received this email from Tim while I was sitting in the warm sunshine, connecting with old friends and new:

BTW, I came home after dropping Margaret off and Shadow had got intothe trash and eaten several boxes of raisins.  I made her throw up withhydrogen peroxide (there were raisins in the vomit).  But within secondsCharlie was chowing down on the peroxide-laced vomit.  So I put him insidewhile Shadow barfed outside, only to find when I returned to the kitchenthat Charlie had barfed and was promptly snacking on the twice recycledvomit (is that like double baked potatoes?).  Definitely could have used anextra set of hands!Things have since calmed down.Hope you're having fun.  Look forward to having you home tomorrow.

Of course my first concern was for the puppies, because raisins can be lethal for dogs. Little Charlie only weighs 7 lbs, so the prospect of his ingesting even a single raisin was terrifying. Fortunately they are both fine!

Once we were able to determine that they would be okay, I was able to laugh at Tim's email.

I mean, I think the phrase "peroxide-laced vomit" earns him his stripes when it comes to being in the trenches solo, for sure. His story has several moving parts including peril and bodily fluids, so let's just give him props right here.

I was glad he was on duty, that the situation turned out well, AND that I was over an hour away from home.

p.s. The two happy pups are cuddled at my feet right now.

p.p.s. What do you think about the diarrhea question?

This is so funny! But, only because it happened to Tim. If it were you, I would be sympathizing. One of my biggest fears has always been that something illness-related will happen while my husband is away. Fortunately, God has spared me that so far. I'm not sure about how to weigh in on the diarrhea question...but, I think I would say 1 1/2 :)

Have you seen this? Totally reminds me of your story for some reason. LOL At the very least Tim could have pretended he was miserable in Paris with his big fancy cheese wheel!

Haha! His ending with "Looking forward to having you home tomorrow" may have made me want to extend my stay away!

As a person who spends a good deal of my time on "dog management" (3 of my own and a foster I've had for the past six weeks until today) I got a good laugh out of that email! Glad everyone was okay.

I have never, ever in my life typed LOL. But LOL!

Besides getting a good laugh, I didn't know hydrogen peroxide was good for throwing up. And I always wondered how dogs could re-ingest stuff like that. Thanks for entertaining and educating me with this. And for bringing back the memories of my cat and dog raiding the garbage every time I went to the opera.
That puppy is growing up so fast.

I'm sure you can laugh at this incident now, very funny post! My dogs are always getting in the trash, situations like yours are always a thought on my mind when I come home to find the trash bag ripped apart.Thanks for the post, made me laugh.