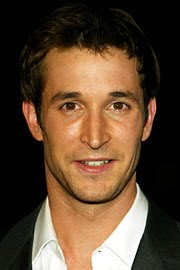 When my family and I discovered your made for TV movies about a Librarian who must save important artifacts from getting into the hands of evil-doers, we were ecstatic. We found the first 2 in the series to be in the same spirit as Indiana Jones and the National Treasure franchise, but without so much killing and those freaky Nazis. We also enjoyed the supporting roles played by Bob Newhart and Jane Curtin.

Imagine my chagrin when we watched “The Librarian: Curse of the Judas Chalice” last night. I thought we’d get some more zany globetrotting adventures with historical allusions thrown in. You know, secret passageways, codes to decipher, and bad guys whose quests for power needed snuffing out by a hero who always gets the girl. I even fancied that it might be a little bee-blicle, given that Judas was in the title.

I’m not sure how you managed to turn it into a into a vampire movie where we had to deal with: voodoo, Count Dracula, and a bunch of ape-shit, or should I say bat-shit vampires flying around sucking everyone’s blood. I had gotten used to fast forwarding through the TV movie’s obligatory bedroom romp. My son asked me, “Why does Flynn (Wylie) have a different girlfriend in each movie?” But a little sheet time was nothing compared to exposing my 8 and 10 year olds to fangs, skeletons, the un-dead and bags of blood.

I will expect to receive from you, by FedEx or UPS, a King-sized Serta Perfect Sleeper to replace our current Queen. Mr. See and I do not anticipate sleeping alone together for quite some time.

Email ThisBlogThis!Share to TwitterShare to FacebookShare to Pinterest
Labels: Family Movie Night, nightmares are on the house, Noah Wylie

This is the only one I've seen. I'm taking it the other two are better??

We saw the first of those and really liked it..... not sure I want to see the others now.

awwwww. so sorry about that. shows like that should come with a disclaimer. and i believe noah wylie could afford to get you a new mattress.

We just upgraded to a king size mattress; we got a serta memory foam from overstock.com and love it. It was a pretty good deal!

That's unfortunate about the show! = (

I haven't seen any of those movies. I do hate when I unknowingly expose my kids to something inappropriate. I've done it before and my youngest has nightmares. Not good.

Oh I hate when that happens! Even with no little lones around I don't like to be surprised by a scary creepy movie. If I know what I am about to watch & the mood is right, I can do it for Hubs sake, but ......
You didn't really need sleep anyway right?

oh no! he is trying to jump on the twilight/true blood wagon! I bet you the original script was something entirely different and then all the teeny boppers of america fell in love with twilight(ok, ok, I loved it too) and then the director was like, "we should make Judas into a vampire. As a matter of fact - so was jesus!"
I never understood why james bond had a different girlfriend every time. I used to feel bad for the guy.
Kiran

I still miss him on ER. Carter was the best.

Yikes! Thanks for the head's up. I agree with Masala Chica - sounds like another vampire/zombie twist on EVERYTHING.

I remember seeing the first one a long time ago...and I kind of lost interest halfway through - but that was when I was pregnant with Oliver (late '04). So how can there only be a few episodes?

As for the vampire stuff - I am so glad that I missed this mania in my own childhood. My biggest nighttime fear was Dracula. I would not have found the undead romantic in any forum back then.