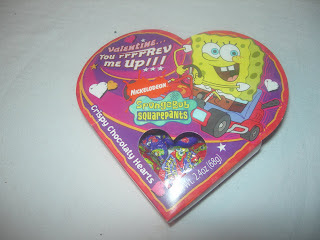 Happy Valentine’s Day, or is it? My husband informed me he would be out of town on Valentine’s Day this year and asked if I would mind. I told him that my expectations had fallen so low in the past few years that his whereabouts wouldn’t matter too much. He was wounded and couldn’t figure out why I felt this way.

Hmmm. Our Valentine’s problems started two years ago. For weeks the stores advertised the big day. The kids and I had red and pink cards out all over the place as we got ready for class parties. The big day arrived. At breakfast I put out the cards and the gifts I had picked out for my husband and the kids. No card, no word from dear husband. Nothing. That night, at about 11 pm, I could stand it no longer. “WERE YOU PLANNING ON DOING ANYTHING FOR VALENTINE’S DAY?” I asked with clenched teeth. His response, “Well, I called you from the office today. I wouldn’t have done that if it hadn’t been Valentine’s Day.” Gee, thanks for making such a Herculean effort.

I told him I was beyond peeved and explained that when everyone around you is getting some sort of recognition on Valentine’s Day, it stinks to be overlooked. Three days later he came home with a special gift for me. A $300 i-Pod with a red case. As I opened the box, my 5 year old daughter asked the question that I was thinking, “Is that for you or for Mom, Daddy?” It was indeed for me, but to me it felt like a little too much, a lot too late.

Now I’m sure the men reading this are thinking what a high maintenance person I am and how they are glad they aren’t married to me. The women, I hope, will have a shred of compassion-- more so if they know that at the time we had just come off of a pretty stinky 10th anniversary at which time I had clearly and calmly stated my expectations when it came to the marking of romantic holidays. I wanted a card, purchased for the occasion, verbal acknowledgement of the special day, and some sort of small gift, not picked out by me.

Well, you can imagine that after this big brouhaha two years ago I was expecting last Valentine’s Day to be much better. At breakfast I found a short note, written on his everyday stationery (after he had seen the card and gift from me). No gift, no word of acknowledgement, and not even last year’s obligatory phone call from work. Perhaps I should tell you that he was leaving the next day for a weeklong ski trip with “the boys” in Utah. With a new set of skis and boots.

I admit I was pretty sure that since my husband had a lot of making up to do for the year before, and he was leaving me alone with the kids for an entire week, I’d soon be feasting on some pretty impressive chocolate. No dice. As he came home late that night from work, stressed out and needing to pack for his big trip, I mentioned my Valentine’s disappointment. He appeared blindsided.

First tack: “We don’t DO Valentine’s Day. It is just a stupid Hallmark holiday.” Ugh. Second tack: “What are you complaining about? Last year I got you an i-Pod.” Double ugh. He didn’t appear to remember any of the drama surrounding the extravagant electronic gift that he’d been using daily ever since. Tack three: “Well, I was going to order you flowers next week from my ski trip, but now you’ve ruined the surprise.” If he hadn’t left town, I think I would have killed him.

This year, I laid out my expectation that we would, indeed, commemorate Valentine’s Day. I reminded him that being recognized on this “Hallmark holiday” was important to me. He gave me a blank stare and said, “What are you talking about? Didn’t I give you a spa certificate last year?” Ack.

****************
Well, I can’t finish this entry the way I intended because my husband came through with a slam-dunk! This morning (2/13), he woke even earlier than usual and set up my Valentine’s gift—a digital picture frame loaded with 200 photos of family and friends. It was playing in the kitchen when I stumbled in to say goodbye to him. He had already cut up a melon and a pineapple for us to eat while he was away (I’m not a good fruit cutter-upper), and manhandled an enormous limb last night’s ice storm brought down in the middle of the driveway. So, on the day before the “Hallmark holiday,” he surprised me with an incredibly thoughtful gift and several acts of service to boot before I’d even rubbed the sleep out of my eyes.

The “card” was a yellow piece of scrap paper with writing on the back, but we can deal with that next year.

OH how I hope he "gets it" this year!

I'm glad you confront him about it, and not just say "it's okay, I know you're busy" like me :)

Look only two comments my sweetie. I laughed my way through this, shaking my head with sympathetic laughter.