So if you follow me on Facebook, you have heard that we are getting a new addition to the family in a few weeks. 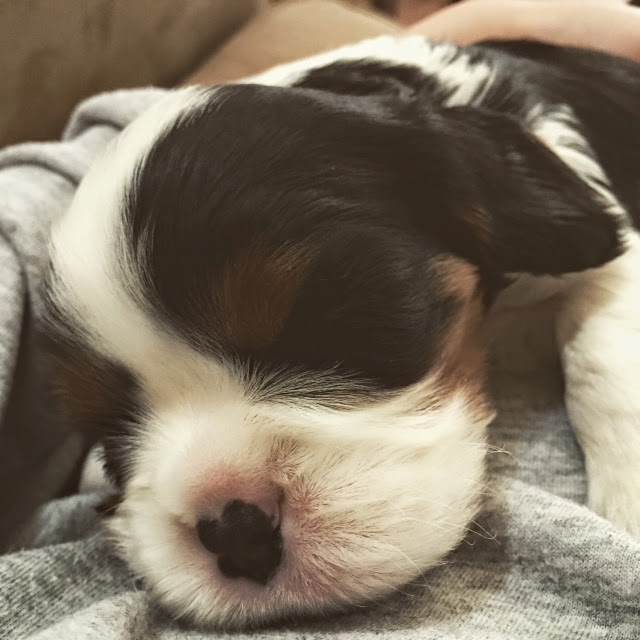 Charlie is a King Charles Spaniel, and our first puppy ever (all of our other dogs were adopted at at least a year), so any advice and encouragement is appreciated! Margaret picked the name "Charlie"-- get it King Charles? I'm hoping it's not too weird to give a puppy the same name as my Grandpa and my late uncle. Margaret says it's perfectly acceptable because it's spelled differently, so okay.

A King Charles puppy has been a life-long dream for Margaret, that started when she and Jack were given this beanie baby by our friend Barbara. Meet Regal: 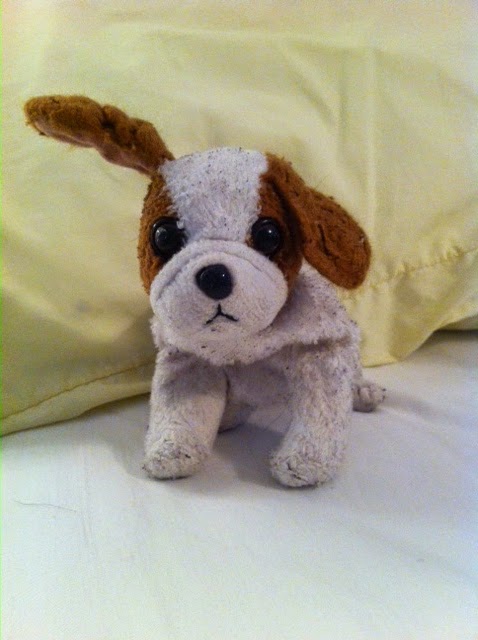 Regal has been Margaret's lovey since birth. His wayward ear is from a very sad year in which he was missing. I scoured the internet to pay a premium for a new Regal, quickly spurned as "Fake Regal" by Margaret, despite my attempts to muss his hair and make him looked loved-on. Fortunately, Shadow found Regal lodged between a dresser and a wall at my in-laws house in CT, and mommy and dog were reunited.

I even have two brand new "Regals" and "Fake Regal" tucked in a dresser in my bedroom, in hopes that I will have a chance to give them to any grandchildren we have (Please, God, Please!). I haven't told anyone that until just this second. 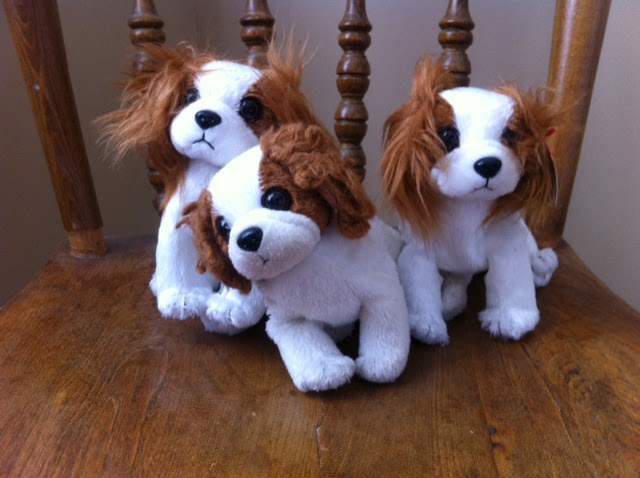 So I guess you would say we are mildly excited about Charlie coming into our family. It's funny, but I'm having a lot of the same feelings I had while awaiting Margaret's birth. I was so worried about how Jack would take the new addition! We had her "give" him a new train in the hospital to soften the blow. I'm wondering how to help Shadow not be traumatized by the puppy. 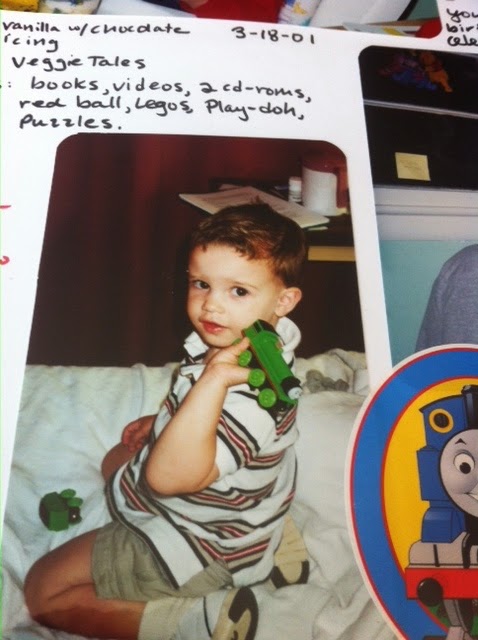 Anyway, the countdown is on over here! It will be sometime in the next month. Please remind me how excited I am when I'm dealing with pee pads and puppy-ness, okay? Okay.

Email ThisBlogThis!Share to TwitterShare to FacebookShare to Pinterest
Labels: King Charles Spaniel, Margaret is going to LOVE HIM, puppy

Cuteness! Looks like a very sweet addition to your family. Do you follow the blog House of Smiths? They have 2 of the cutest King Charles around! :)

He is so darn cute. I'm so excited for you. Have chews around so he doesn't chew the furniture. Our current dog Skye was trained with a round bell hanging from the door. I would ring it each time we took her outside. At age 6 she still rings that bell to go potty.

He's adorable! And I'm not even a "dog" person, but he's so cute that I might have to change my mind.

So cute!!! :) Our family has been debating on getting a puppy - hubby is convinced it will be nothing but a Golden (since that's what we had before) - but we'll see...I just want my backyard fenced in first...

Cavalier King Charles Spaniels are the best. I have had four. I always say I'll never get another one...but they work their way into your heart and never let go. Fantastic choice and congratulations on the new addition to your lovely family. Hugs to all.

Oh, a puppy! Suggestion: don't go the pee pad route, you're just prolonging the inevitable. You don't want to train Charlie to pee inside and then have to transition to outdoors. Rip the band-aid off and train to relieve himself outside from the get-go.

Also, not sure if you're considering it or not, but highly recommend crate training which will also help with house breaking. Some people are opposed (I was one of them) but with our last pup, he took to the crate like a duck to water. Leave the crate in areas of the home where everyone congregates, toss some treats in there and he'll venture in and out on his own.

Also? Kong makes great toys. My guy loves peanut butter. Smear some peanut butter inside the Kong to keep them distracted and as a treat.

Most importantly, blog lots of PICTURES so we can see him!

Advise one: crate him at night when you all are sleeping. He will feel safe and unless absolutely desperate he won't potty in it. He will get to realize his crate is 'where' he goes when you leave the house, (to save disaster as a puppy gets into much trouble)
Advise two: when he potty's outside give a treat. He doesn't get one if he doesn't go, cause and effect he will learn if I go I get a treat if I don't well I lose out. works every time.
Advise three: a water bottle is great for discipline if he is doing something naughty spray him it doesn't hurt or use a rolled up paper or paper towel cardboard. It doesn't hurt but it teaches him NO. Don't be afraid to use that word too. They learn to listen.
Get him neutered earlier rather than later. it helps in 'bad' behavior.
HE Is adorable. Have a ton of fun.

Can you say adorable?!
I have a feeling Jack loves him, too! xx

Congrats! Great story. If you belong to a neighborhood Google group don't be afraid to reach out and ask for any left over puppies pads from those who are past that stage. I see them occasionally popping up on my group in Atlanta. Shadow might just love the company!

I believe all dogs need other dogs...we have had up to 4 and now down to only 3...ha. Each time we brought home a new one, it took the other dogs at least a week to accept them. Some quicker than others.

We crate trained our puppies, which might seem cruel to some but really the puppies feel safe in their "caves." Basically, they stay in the crate unless they're being held. Keep the crate near the back door (or wherever you're taking them out to do their potty business) and the minute you open their crate, pick them up and take them out and put them down on the grass. That way they associate the grass with going to the potty. At night, cover the crate with an old quilt or beach towel so it's darker and they adjust to daytime/nighttime.

It's hard work but such a sweet bonding time with the puppy.

And oh, the puppy breath. Best smell ever!

We were putting together new patio furniture this wknd & both of our dogs were out on the deck w/ us lying in the sun. I looked at my husband & said, "Everyone should have puppies!" Hope yours brings you as much joy as ours have.
Another comment on crate training (which we do, too). It's human nature for us to assume that dogs wouldn't want to be confined to such a small space b/c we wouldn't like it, but our breeder told us that it's like home to them. At night, we tell our dog to "kennel up!" & she happily trots on in. :)