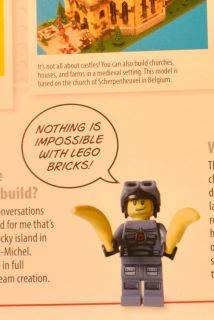 I want to update you on Samaritan’s Purse, one of Jack's favorite charities. Thank you so much to those of you who have contributed in any way! Contributions totaling over $7,000 went to Samaritan’s Purse shortly after Jack’s death. The donations went to Operation Christmas Child, clean water projects, and disaster relief.
In November, many, many people packed Christmas boxes in Jack’s memory to be sent all over the world, giving needy children what may be the first Christmas gifts of their lives. Thank you to those who participated!
Our family had the privilege of making boxes with our church youth group and at Tim’s office. We dropped off 119 boxes the week before Thanksgiving. An Inch of Gray reader, Katie, got creative and made a beautiful video featuring Jack to help motivate youth in her church
to give more boxes than ever before!
Next, my sister, Auntie, set up a virtual running group called “Jack’s Lanterns" which will run races all over the world in Jack’s honor to raise money for Samaritan’s Purse. Almost $6,000 has been raised by Jack's Lanterns already! Auntie is hoping for $10,000 by Jack’s birthday in mid- March! Runners can sign up by emailing your name and what race you plan on running to me at aninchofgray@yahoo.com. That’s it. Just let me know, and you ARE one of Jack’s Lanterns.
As a runner, you can make a donation and/or direct your friends and family to the secure website so they can make a donation if they wish. Neighbors, former students, Jack’s Cub Scout leader, high school friends, blog readers, and one of the paramedics from that horrible night are all Jack’s Lanterns. Tim is running the first races of his life to honor his son's memory.

If, like me, you are not an athlete but rather an “athletic supporter” (one of my fave lines from “Grease”), you can go to the Jack's Lanterns page and donate just as so many generous people have already done. One of Jack and Margaret’s young friends even requested that her friends make donations to Jack's Lanterns instead of giving her presents this year. Wow!
Please spread the word by telling anyone you can think of.
Thank you so much for your love and support!

Email ThisBlogThis!Share to TwitterShare to FacebookShare to Pinterest
Labels: How to contribute in Jack's name, Jack's Lanterns, Samaritan's Purse, thank you for your love and support

I am new to your blog and have spent the last couple of hours going through and reading all of your entries. I lost my daughter several years ago when she was still an infant and thinking back on that day is still harrowing. To quote another blogger regarding motherhood "You are instantly prisoner to the love you have for them". It is such an overwhelming, deep, protective love that we have for our children that when we lose them our souls, hearts and spirits are shredded. I don't know you but my heart is so heavy with grief for you. As you take steps forward every day please know there a tons of people who are praying for you, crying with and grieving with you.

This is wonderful, Anna!! I watched the video again and teared up all over again. But I am not surprised at how wonderful God works in people- $7,000 donated to OCC alone?? That is uh.may.zing! ;)

Did I ever show you my blog post about the video? If not: http://2-miracles.blogspot.com/2011/11/do-you-know-jack.html

I just started going to the gym last week and have become so addicted going to the gym that I have been there almost everyday. I am beginning to love the treadmill and can't wait until I can actually run a 5k race. As I was on the treadmill today I was thinking how can I dedicate my first race to Jack and raise money for his cause! So amazing I will be figuring this all out!

I'm speechless. That's absolutely amazing, truly amazing. Your child lives on in the lives of so many, many others.

Yay - this is GOOD. Thank you for the update.

I'm so proud to be part of Jack's Lanterns, and am so glad I'm helping support such a worthy cause in his memory. You are amazing Anna. Love you.

Oh Anna, what a touching video. If I were anywhere but work I'd let the tears flow freely for your precious boy and his big heart.
I'm the head of my roller derby team's charity division (yes there is such a thing lol) and I'm going to come up with a way we can contribute. Thank you and thank Jack for making a difference.

I love how Jack's missionary work keeps growing. His physical self may be gone, but just look at the awesome generosity that continues to work through his spirit. You know he is loving that.

I'm with you on the athletic supporter part. But I have never wanted to "run" more in my life since September. What an amazing tribute to Jack and the way you both raised him. Peace and comfort always being sent your way.

I've been avoiding the treadmill… and pretty much everything athletic recently. But now that I've heard about others running in memory of Jack, I can think of no other incentive that will spur me on quite like him.
What an awesome idea… and what a lovely tribute to a truly remarkable young man.
Forever in our hearts…

From all the things we're learned about Jack over the years, we know that he would love that people are being helped in a big way, in his name.

When we did the boxes, we prayed over them, asking that the children who received them also receive Christ and that they're lives would be changed forever because we "knew" Jack, and wanted to honor his love for giving these gifts. There will be a larger party in heaven because of him - he really is the missionary he considered being.

I read on the SP website about a little girl who had questioned if there was a God, and if so, that He send a sign. The next day, the Operation Christmas Child truck came through, and someone walked right up to her with a box of gifts. She accepted Christ right then and there. She now volunteers in her country handing out the gifts.

Right now, I know the knowledge of people being saved through Jack's memory doesn't cover a single bit of the ache. We're always praying for each of you.

I thought you might like to know that the 15 boxes we sent went to Ecuador and Mali. I meant to write you when we got the notifications back in December. Your post reminded me. Praying for you all.

I love this! What amazing things your young man has inspired so many others to do...nothing is impossible, indeed.

Nothing is impossible with Jack's special light shining so brightly for all of eternity.

What a missionary young Jack is....so much love for you, your family, and especially Jack. I am with you, an "athletic supporter" and it would be my honor to support Jack's Lantern. Thank you for giving me the opportunity to give.

Such good in Jack's name. I love the update.

Oh Anna - I love it. Jack will always live in all of us. So thrilled for all the support you are getting. x

Dear Anna,
This is the first time I comment on your blog... I used to follow your blog regularly, I read it almost every week and enjoyed the stories about your family and especially about Molly (she reminds me so much of how I used to be at her age). I haven't been able to stop by your blog since august and... I have spent the past 2 hours catching up and descovering what has changed in your life and in the lives of your family and your community. I just wanted to tell you that I am so very sorry for what happened to you. It's nice to see you have so many people caring for you and that your son has inspired others in such a powerful way. i wish you the best of luck for your future.

This is so wonderful, that all the love and grief for Jack is being turned into something that can help others in need. A beautiful thing indeed.
Side note: I also love that line from Grease. Didn't quite all the adult humor in that movie when I was young so now I love it even more that I understand the innuendos. Greased Lightening is the worst! : ) xo

I was blessed to be able to go to Operation Christmas Child today to pack boxes that people order online. I thought of you and your family and you were in my prayers.

I'm trying to think of something for Jack's Lanterns supporters to wear, whether they're pounding the pavement or cheering at the finish line. Have you considered having something made for people to purchase? The proceeds could go to Samaritan's Purse. Plus, it would be really cool to see photos from events all over the country of people proudly rocking a blue arm band or bracelet :)

Hey Anna! This is such wonderful and exciting news..all the money raised in Jack's honor. He would be so proud! I just emailed you about a run I'm doing next month and how to dedicate it to Jack. xo
Annie P.