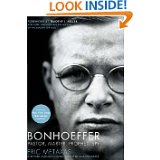 Since I've already admitted I am an antisocial bookworm on visits to my in-laws, I thought I'd share with you some of my Christmas reading:
The Girl in the Gatehouse by Julie Klassen
A period romance in the style of Jane Austen with a bit of the Brontes thrown in. Yes, there should be an umlaut over Bronte, but who knows how to do that? I devoured this book and enjoyed recognizing the elements so familiar to Austen's novels.
Perfection: A Memoir of Betrayal and Renewal by Julie Metz
This memoir by a woman who finds out about multiple infidelities after her husband dies was very well written, but I can't say I enjoyed it. I was fascinated by it, but I had a hard time figuring out why she married this creep in the first place. Oh, and if Tom decided to go over to a female friend's house for "coffee" every day while I watched her kids and mine, I don't think I'd be okay with it.
Fly Away Home by Jennifer Weiner
This novel chronicles a Senator's wife as she grows and changes following her husband's public admission of infidelity. I enjoyed the humor and the mother/daughter relationships in the novel, but I didn't love some of the predictable elements.
Little Bee by Chris Cleave
This British novel shows how two worlds collide during a horrific encounter on a beach in Nigeria. It was beautifully written and has dual narrators. I liked the character development, the suspense, and the way the narrative worked backwards and then forward again. I bet there will be a good movie based on this one.
The Gift of Fear and Other Survival Signals that Protect us from Violence by Gavin de Becker
This fascinating non fiction book reads almost like a novel as de Becker explains how we ignore the survival instincts we have been given. This book investigates violence of all kinds-- with strangers, in the workplace, and in relationships. It shows how we waste our time and our instincts worrying about dangers that aren't really there. I plan to read"Protecting the Gift: Keeping Children and Teenagers Safe and Parents Sane."
Next up:
Bonhoeffer: Pastor, Martyr, Prophet Spy by Eric Metaxas about the German theologian who was executed for his role in an assassination plot against Adolf Hitler.
Have you read any good books lately?

Email ThisBlogThis!Share to TwitterShare to FacebookShare to Pinterest
Labels: have you read any good books lately, on the bookshelf, what I'm reading

Good grief! I'd actually go visit my stepkids if I could get all that reading done while there (I have no in-laws...)

Read Fannie Flagg's newest. It wasn't as much sweet fun as all her others. I went reading lite and napping heavy on this winter break!

Heavenly days, you did read a lot! I read this trilogy about 2 years ago and I've yet to run across anything I enjoy as much as I did these...and I'm usually not a Part 2 and Part 3 kind of gal. Once is usually enough for me. Author: Penny Vincenzi. Must read them in order. LOVE them.

I read The Girl In The Gatehouse on your rec. and loved it! I am thinking about reading the autobiography of Mark Twain that is getting really good reviews and a ton of other books that were recommended to me in that post I did pleading for book ideas.

As I recall, you manage a bookstore, no? It's fun to see what you like to read, because I imagine that you are very up to date on what books are on the shelves!

Funny you should ask! I actually was drawn back to my long-neglected blog by the desire to tell the world to read Laura Hillenbrand's latest tour de force biography, "Unbroken". It took her 10 years to write between health problems and exhaustive research and interviews, but it is terrific. Like her "Seabiscuit", it's all true, but reads like a fast-paced novel. Her subject, Louie Zamperini, was an Olympic medalist, a runner in the 1936 Berlin games, went on to be a bombardier in WWII. He went down in the Pacific and after an amazing 43 days, was captured and held at the same Japanese prison camp where my father wound up for the final months of the war. Can't wait to see the movie they'll make of this one!

Some of my favorites this year...

"The Girls with the Dragon Tattoo" series. Although my interest was waning a little bit by the 3rd book, I was enthralled with the fact that the author was driven by his understanding of political history... and his clear objection to human trafficking. My teenage daughter also read them and then we rented the Swedish movie from Netflix. It was really interesting to watch it in its native language with subtitles.

"The Help". LOVED it. Not hard core history, but a book that is tame enough to allow some people to become a little more open and honest about racism in our country. Also went to the author's book signing to hear her talk... and met one of the actresses that will be in the movie. Now my book is famous ;)

And the surprise favorite of the year...
The Color of Water. My 9th grade daughter brought it home and asked me to read it after she was done with it in English class. I was thrilled that A) she recognized an excellent book!! and B) that she was willing to share something with me that hit close to home for her.

I loved The Color of Water when it first came out, read it again last year, and my husband read it too. It was gritty and beautiful. I think it's wonderful it's on school reading lists now--even at public schools.

Do you really manage a bookshop?

Oh my goodness! Love all of these suggestions. I have never even heard of The Color of Water! Keep 'em coming!

I read Perfection a year or so ago, and think I felt a lot of what you felt about it, too. I felt badly for her, and wondered if love so filled her that she simply couldn't see, and what kind of magic did her late husband weave that made him so attractive to so many women.

I recently finished This Is Where I Leave You by Jonathon Trooper. I felt I could relate to the writing style, and truly enjoyed it

That's a lot of books. I only read crap over the break, like James Patterson, Charlain Harris kind of crap. I haven't actually used mine brain in, like, three weeks, which doesn't bode well for back to work on Wednesday.

Hi Anna! I listen to rather than read books - most recently The Girl with the Dragon Tattoo, The Help (the readers were fantastic!!!) and currently Laura Bush's book read by the author. She's brought me to tears twice and I'm barely half done. Her stories of spending childhood summers with her grandparents remind me of Robert's stories of summers with his. And she calls her parents Mother and Daddy just like Rob's mom. Next on the list will be something lighter - Robert B. Parker or so.

Oh - I really miss reading... I can only manage recorded books loaded onto my iphone these days - but those tend to be pretty light since I listen while I exercise. I don't know how these blogger moms of small children find time...

Epilogue: I had to look up the definition of umlaut.

PPS: I'm sending the book title you're currently reading to Chris (my husband) - anything that sounds History Channel related is right up his ally.

The Distant Hours was good. My favorite book over the holidays was The Lonely Polygamist...great book! Hmmm...what else? I'm reading Mennonite in a Little Black Dress right now and it is one of the funniest books I've read in a long time. I read the Girl with the Dragon Tattoo series as well. The last one dragged for me, but they're all still worth reading. I could go on and on. I've been doing a ton of reading. What are the holidays for?

I love book recommendations. Books I've read in the past month, have large glorious illustrations and lots of easy text. Chapter book, what's that?

The Bonhoeffer book is superb. Metaxas is an interesting fellow in his own right.