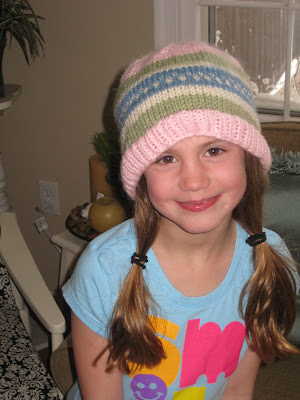 I decided I was well overdue for a little blogging. So I turned on my computer and the screen was completely black. Lifeless. I tried to fix it by pushing and pulling on all sorts of plugs but that yielded no results and just seemed so…tiring...so I gave up.

I tried to jot down some blog ideas on a piece of paper for later and all I could find at my desk was a stubby green colored pencil which was about as much fun to write with as a cheese stick.

And then I started wondering why, if there are probably 500 pens and pencils in this house, the only ones ever on or around my desk are highlighters, crappy colored pencils, or pencils that look normal, but basically have an outrageously long point with half wood, half lead. I mean, who wants to have to swivel her pencil around to find the lead, or more importantly, to avoid trying to scratch something out with a sharpened, squeaky piece of wood? Obviously not me. Is a little flowing ink too much to ask for?

I decided that while these thoughts were scintillating, instead of blogging today, perhaps I was really meant to pay more attention to my children.
But then I started talking to my 55 lb 11 year old (!) and he told me he wanted to start eating healthy foods so he wouldn’t “get fat.” No more cookies, no more ice cream, no more snacks. This totally stressed me out and made me project that in a year or so we would have enough new traumatic material to be the subject of yet another After School Special, so I decided to turn my attention to the other child.
She was trying to kill time before her soccer tryout, in which 65 girls were vying for 44 slots. And I mood-swung (?) between feeling foolish for letting an 8 year old (!) get all wrapped up in this travel soccer thing, and hoping that at least 21 of the other girls would come down with a little something before 6 pm. And then I spent a little time wondering if I'd done that math right on that.
Then I did what anyone would do-- started thinking about my hair, which I had chemically straightened on Friday! I spent the weekend swinging and flipping my very flat, silky, lustrous mane around (in June, in the South!)
Sure, it smelled like an Ogilvie Home Perm, but those 3 days were totally worth it! Now I've washed it and look pretty much like my old self again.

I contemplated putting a picture of my fancy hair on here, but in the ones Molly took my nose is so incredibly long and pointy I was afraid it might protrude through your computer screen and alarm you as it does me most mornings when I look in the mirror. So I decided to post a pic of my adorable daughter instead. You know, the one who said, "The pictures don't make your nose look big, Mom. It's always been big."
Sooooo, not sure where I’m going with this, but am thinking perhaps I was not meant to blog, or parent, or preen or post photos at all today.

Perhaps this Monday is a day best spent with a girl enjoying other people's blogs, a cold Mike's Hard Lemonade in her hand.
xo

I wish I could've seen your hair during those fabulous, smelly 3 days! I am up too late but glad to get a little does of Anna before heading to bed. Love you!

That is one beautiful kiddo. And I'm sure you're wrong about your nose frightening the readers and am sorry to be missing out on shots of your bouncin' and behavin' hair. Hope the soccer thing goes well and wonder where the healthy-eating fixation came from. Maybe you should drive back and forth in front of a McDonalds until he comes to his senses and wants a Happy Meal.

Anna, you kill me. And I have the EXACT same pen and pencil problem in my house, yet have never bothered to express it so eloquently.

xo to you because you are so funny and so real...thank you!

Anna, you are officially the Seinfeld blog - the most successful blog about nothing. Seriously, this post had me rolling.

I just have to ask myself, tho, how did you write this post if the screen went black? PLEASE tell me you didn't type it all out on an iphone or something like that.

I think you are always meant to blog. :)

I love your random blogs the most...
You are like a modern Erma Bombeck reminding us to focus on the important things in life and then relax, laugh and smile when the view isnt quite what we expected.

De-lurking to say your blogs about nothing are always fabulous! And totally agree with you being the 'Seinfeld blog'...awesome!

Yes, I definitely need to see that picture of the "new" hair, mostly because I like hair...but also because my nose is pointy and I don't want to feel alone any more.

Hilarious, as usual! Hair is a strange thing, my constant goal is to wake up my flat straight hair while others are straightening theirs.
And I am sure your nose is completely normal, the mirror has a way of highlighting what we don't like doesn't it? Our eyes just go right there! Watched "Roxanne" last night and I am positive you could kiss a man without turning sideways first!! Ha!