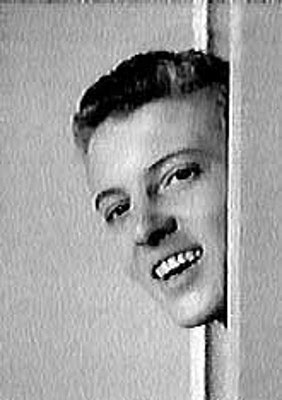 Do you know Eddie Haskell? If you grew up on “Leave it to Beaver” re-runs like I did, you know he is the perfectly groomed suck-up who tries to win adults over with flattery and impeccable manners while wreaking havoc behind the scenes. I remember how he’d pour on the charm with Mrs. Cleaver (who wasn’t buying it), and then turn around and act like a real turd to the Beav.

Maybe you have a real-life Eddie (or Edwina) Haskell in your or your children’s lives. You’ll note charm, looks, intelligence-- all the outward appearances of perfection. Then every once in a while you get a glimpse of an inner Eddie/Edwina. Perhaps it’s a quick elbow jab to a younger sibling when no one appears to be watching. A cutting remark. A mean ploy that the teacher never sees, but all the kids do. A desire for division instead of unity.

I’ve been trying to understand why Eddie, and the modern day equivalents in my own life, get under my skin so much. I think it’s because I want genuine kindness, not perfection. I think perfection is not only over-rated, it’s impossible. And I believe that when we are real with each other, everyone benefits. Eddie isn’t about being real. Eddie is about projecting an image.

I think back to when I was a new mom and my son was perfect. He used baby sign language, showed early brilliance and a keen sensitivity to all around him. To listen to me talk you would have thought he would get his doctorate by age 6, followed shortly by the Nobel Prize.

When I came to realize that he wasn’t perfect, my baby daughter wasn’t perfect, and neither was their mother (for some reason I had accepted this fact about Tom much earlier)…. it was a momentary bummer, but it was somehow freeing. I think it helped me become a less self-righteous and annoying parent.

I tell myself when I run across seemingly perfect kids (at least when their life stories are narrated by one or both parents), that there is likely at least a tad of behind the scenes drama somewhere. Maybe it’s screaming meltdowns during homework or a refusal to practice the piano… but something!

My kids are thoughtful and kind. Often. They care about the poor and the disenfranchised. Sometimes. They are well groomed. On occasion.

Other times they leave people out. They are grumpy. They play favorites. They don’t make eye contact. They mumble. They are selfish. They choose popularity over what’s right.

And you know what? That describes me too. Depending on the day, my hormones, my Diet Pepsi intake, and whether or not I’ve stopped to pray.

I wish we didn’t have a conspiracy of silence, in which we all pretend that everything’s great all the time. I wish other moms would share their kids’ problems so I could share mine. I wish I didn’t have the urge to unmask all the little Eddie and Edwinas, as if bringing them down a notch would somehow build me up.

I guess I wish none of us were sinners. As if.

You are so amazingly eloquent. And so right on. My first used to be perfect. Now he whines and objects to everything. And dealing with it makes us, his parents, fight. NOT pretty, but true.

I never had a perfect first - so I wasn't too p ut off by the imperfect babies that followed. I feel like we've always been a disaster with moments of success (glimpses of normalcy?)

I feel like I ONLY talk about the problems and imperfections...maybe I should brag about the good stuff a bit more.

But in the meantime - I'm happy to tell you all of the gory behind the scenes details.

Mine started out very serious, even cranky. Certainly not easy, but not full-on collicky terrible either. She was a bit of an odd baby, truth be told, Got past the terrible 2's and the Year of Offering Choices for everything, but now we're rallying and she's getting happier and easier as the years go by. Can't work the Cleaver analogy because I've never really seen it, but I know I'm no '50's TV mom. They'd think I was some commie, hippie, artsy deviant.

I hear you. Just yesterday afternoon I had a near-complete breakdown because I couldn't get my daughter to stop yanking on a speaker wire cord. No matter how many times, and how firmly I said NO she just laughed and laughed in my face and I just cried harder and harder. I couldn't win. I went on a walk with a good friend and she said THIS IS NORMAL. All kids/babies test parents like this. It's a relatively new experience for me - she was perfect for so long -- so it's hard. But I love knowing I'm not alone. I loved this post Anna!

Hey Anna.
After reading your post, a good friend and I spent a long while on the phonetalking about our "desire to unmask the edwinas." what is that about? thanks for this. im thinking about it a lot today and it's giving me some breathing room.
inhale, exhale...
g

What a great post Anna. You have me thinking and it's something I'll think about more my Edwinas.

Thanks for stopping by to see me today. It's so nice to meet you! ;)

Anna -- One of the many reasons I love you so much and treasure you as a friend is because you keep it real. After spending my days surrounded by moms and their "perfect" children and marriages, you are always a breath of fresh air and a dose of reality. You may not realize it, but you have a rare trait. I think we would all be better off if we admitted our flaws instead of trying so hard to hide them. ~Kathy

I love it what you had to say. One of my problems with some "Mom"-type blogs is that they portray their families and homes as perfect and very "Christian" (said with a very snooty and proper accent!). I am a Christian myself, but I know that just means that I'm forgiven...not that I'm somehow perfect now. I find transparency in other Christians - and people in general - as very refreshing. Thanks Anna!

You know my first was the furthest from perfect! Have I not shared the details with you???? The good news is it gets easier if you work hard early on. AND there are always lapses in judgement. Just last week he locked his darling sister out of HER playroom to play with his buddies- leaving her crying in the hallway. When I asked him where his brain was, his younger sibling said in the tiniest teary voice that she could not see his brain!!! bout peed myself!! mary s