Deer in the Headlights: or, How a Wardrobe Malfunction Led to an Unorthodox and Uncompensated Product Review 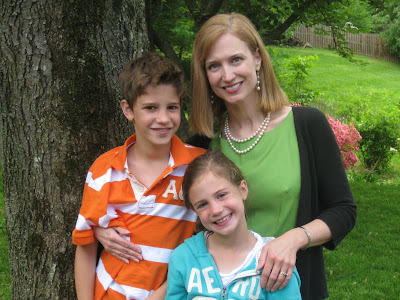 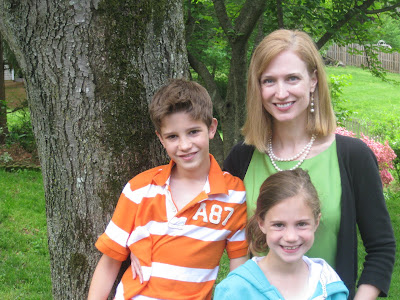 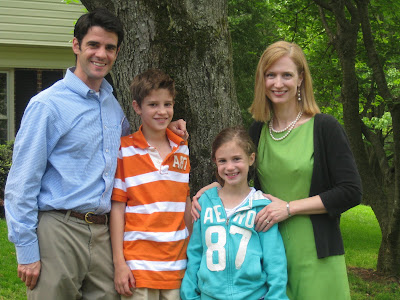 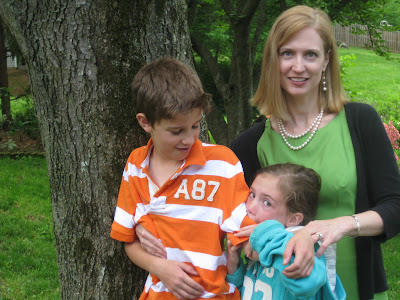 I know it's probably poor form to follow up a post about poop with one about boobs, but here goes.

I had a simply wonderful Mother's Day and was happy to post pictures on Facebook, because, well, "everybody's doing it!" and we all know that has always been such a great reason for doing something.

Anyway, on the way into church my daughter pointed out something about my 8 year old J Crew dress that I chose not to believe. She said it looked like my....errr...headlights were showing. Of course we were standing right outside the church as when she said it, and she used different words.

So later, after I put the pics on Facebook, I realized she may have been right. Which is a little troubling considering a) I've been wearing this dress for EIGHT YEARS and b)I had just put pics up for several hundred of my nearest and dearest.

I considered whether I should make a joking reference to my dress, thereby acknowledging the issue, or whether that would just draw attention to the problem. I mean, would people believe me when I proclaimed, "Darts, people! Seams! Haven't you seen a classically-styled dress before? Nothing to see here!" Or is that just like saying, "Please look!?"

So I took the pictures down, but in all my Facebook skills, left a blank album entitled, "Mother's Day 2011." This led more than a few friends to assume that I was being a smart-aleck (ME????) and must have had a uber-crappy Mother's Day.

So, to set the record straight: I had a great day. My dress protruded because I couldn't quite fill out the darts that J or Crew or whoever put there. While I was HAPPY it was Mother's Day, but I wasn't as EXCITED as I may have looked.

On a related note, however, if you HAVE experienced a little poke-through here or there, I have a product to share with you:

Boob-eez. Yep. These are little silicone inserts invented by a 9 year old girl to wear inside a shirt or bra or bathing suit. Seriously. I have purchased these and tested them for you and found that... they work! They don't show at all and are so comfortable you will forget you are wearing them. No need to cross your arms in that cold office, or when you climb out of the pool.

Email ThisBlogThis!Share to TwitterShare to FacebookShare to Pinterest
Labels: Boob-eez, headlights, it's okay, you can go ahead and look

Good news: I didn't even notice the little ones until you mentioned it! But - so funny.

And that product - I wore some version of it to a fancy party in college and they worked perfect! In fact I think I have them still in my underwear drawer. All I need now is to be invited to a fancy event!

In other news: did your son just have a growth spurt? He seems much much taller now!

I honestly wouldn't have noticed if you hadn't said anything. Tee hee.

I noticed, but only because I have pebbles there sometimes! I buy lined bras (Gap T-shirt bras), but no matter. My husband, let's say..., gets a kick out of it, but I work with kids for Pete's sake...

They also have those little petal things to insert. May try those.

This makes me laugh. Yes there is a dart, but it's a dart in the headlight!

And those I was first to mention it on facebook, I figured you got interrupted posting pics, not that you were having a lousy day. Truth.

I have a dress like that. But it's been years since I've worn it. Very Mad Men no? Honestly though - I never noticed anything in the pictures. And if anyone else did they were either admiring the dress when they caught sight of the "malfunction" OR they're just perverts. And THEY know where they stand...

I'll have to find that product, sounds perfect. I used to put little round band aids there....but OMGoodness removing them was not fun!

This was good. You are too funny.

I can't get past the fact that a 9-year-old invented them!

I used to use those little round band-aids, ouch!

This is funny. I have a similar product, purchased from V.S., and I love them.