So much to share, peeps! Tom and Jake spent the weekend on a pilgrimage to Legoland in sunny California, while Molly and I wallowed in rain and self pity. 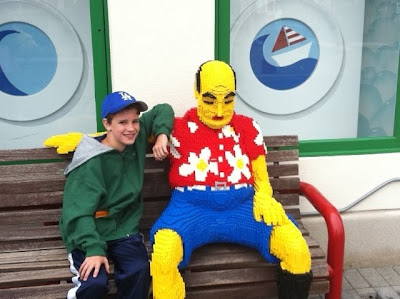 And by wallowed I mean:

Found an awesome dresser curbside, WHILE MOLLY HAD A FRIEND IN THE CAR. It's amazing what two 9 year old girls can lift when they're in a hurry. I think I may have found 2 new assistants. More details on the mammoth dresser to come, but let's just say I now know the answer to the question, "Is it possible to use too much glaze?" Uh, yes.

Discovered we've been banned from the public library. Ok, not exactly banned, but our account has been "Locked" until we return our books and pay a $20 fee. Molly remembered she has a book tucked in her desk at school (now locked up for Spring Break,) so I guess we'll stick to TV and movies for now.

Ate popcorn for dinner two nights, and cereal for dinner the other two. Lunches were: Taco Bell, Panera, McDonalds, and "It's 3 pm already? Let's just have another bowl of cereal."

Saw "Soul Surfer" at the theater. What an inspiring movie! I loved watching it with my little girl.

Watched (sans Molly) a "Hoarders" marathon until 1 am. Not a great idea considering that with the addition of the new dresser, my carport looks like this: 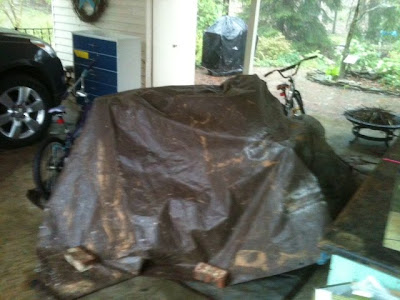 Shopped at the mall. Went into Aeropostale for the first time, per Molly's request. She's been dying for Aeropostale clothes for a while, but was too nervous to go in and see if they carried her size (micro-peanut).

Having witnessed Bethany Hamilton on the big screen learning how to surf with one arm, Molly was emboldened to forge bravely ahead into the land of graphic tees and madras shorts. She bought 3 t-shirts with her own money....

which led me to wonder...

If teeny-tiny 4th graders are shopping in teenage shops, where does that leave the teenagers? Nothing can stay "cool" when it gets that far down the pipeline. I mean, in 1985 would I have enjoyed my "Forenza" sweaters as much if I knew they were hot among the 4th grade set?

Speaking of the 80's, I saw CROP TOPS on 2 occasions this weekend. Dear Lord. 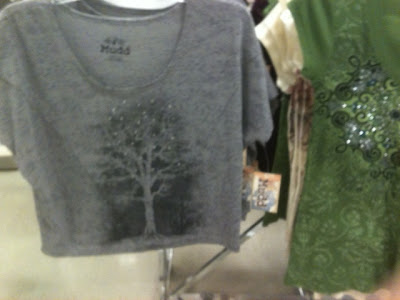 Okay, back to our weekend round-up:

Painted Furniture. AKA: "What the *#$%! did Anna do to Great Uncle Earl's Chair?"

It went from bad to worse to this: 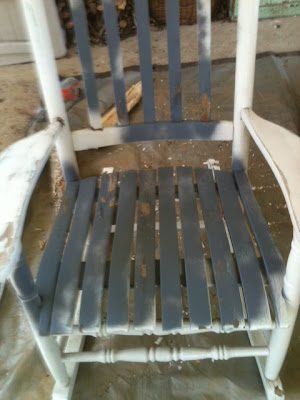 I'm thinking I'll land a spot on my friend Lindsey's "Better Before" feature on her awesome blog.

I hope to re-visit this chair makeover when I have my wits about me, but before "Hoarders" finds out where I live.

All of this exciting weekend business left only a wee bit of time for socializing: 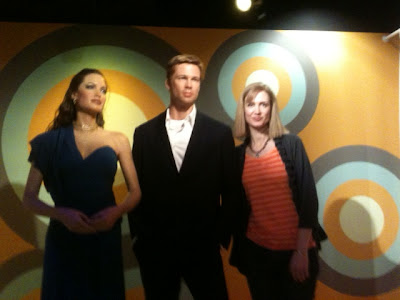 Sorry for the sour puss look on my face. You know how those lovers' quarrels can be. Doesn't Brad look torn between 2 lovers, feelin' like a fooool?

Seriously, though, the wax museum made a fun outing to wrap up a long weekend. I knew I'd been reading too many decorating blogs, however, when instead of taking a pic of Generals Grant and Lee seated at a table at the end of the Civil War, I took a pic of the cool paint treatment on the wall behind them. 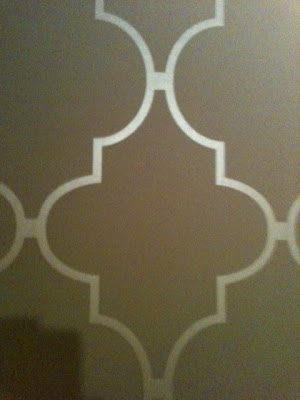 I will only say this. I used to work for the public library in Naperville, IL. We would have renewed that book in her desk and taken some money toward fines (I think the balance then had to be under $20), so she could check out books.

Taco Bell...I only have it when my husband goes out of town or is showing houses. Wait, he has appts tonight! Yee ha!

I love you maniacally! Can't wait to see the big dresser. Freaked out about M in Aeropostale. Old Navy is as upscale as we get for now. For dinner on Sunday we had BTO- self serve fro-yo with megatoppings. C's weighed more than anyone else's (charge by the ounce) but I got to finish it. Cereal would be a healthy change. And popcorn has healthy fiber. What is your point?

Anna, I love this post so much! I just read someone the other day who filled out new library cards for her cat and fish...loophole found! Ha!

Wax Brad totally trumps frumpy Lego Man! Also trumpy? Cereal for dinner! I try to pass that off so often, I think my kids are completely confused about what time of day it is!

What a fun post. I wonder if Molly was sad to not go to Legoland. I am sad that I didn't get to go!

If your carport makes you look like a hoarder, please do not ever let that show peek into our garage. It's definitely not a "better before." It's a "crazy people who cannot get it together must live here" before.

Um, awesome! You know I'm loving that quatrefoil. And I think even someone with (almost) two degrees in 19c US history (aka me) would have taken a pic of that instead of the generals! :))) Looks like yall had a fun girls weekend. Can't wait to see what you do with the dresser!

Ben would love to go to Legoland. Like, lose his mind. One day...

Happy Easter to you, Anna!

Hannah montana suffered the same fate as Aeropostale is headed for. I think it's safe to say, if you like Hannah Montana, you are too young to actually DO any of the things ON the Hannah Montana show.

I love that picture of the carport. Does Tom just flinch whenever he sees the tarp? Like, "uh-oh, something NEW is under that tarp. I better not look."
ha ha

You always crack me up.