When your shop opened in our area a few years ago, I never made fun of your name. I realized that you must have been founded by someone named Richard, and I respected that. I did not giggle or snort when I told people where I'd be purchasing sporting goods for my family because that wouldn't have been polite, and I'm also known to be quite mature about such things.

In addition, I am very sensitive to people's plights with difficult names. I had a friend growing up whose surname was the same name as your store's. I also had a best friend in elementary school named Camille Peed. So, I'm sensitive that way.

When this rather large object came home in the box with my daughter's cleats this week, however, I was taken aback. When she grabbed it, and started singing into it like a microphone, I was further astounded. When she said she'd like to put it in her soccer bag and take it to practice to show the girls, well, I wasn't quite sure what to do. While I am (still) too mature to stoop to the level of joking about your name, or about what I think this object may resemble a teensy bit, I am not too mature to put a picture of it on my blog.

And please don't worry that you'll lose our business over this. In fact, we'll be in next week. We need balls.
Sincerely,
Anna See 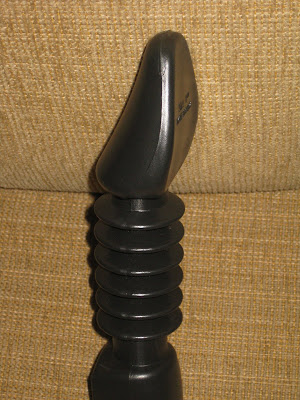 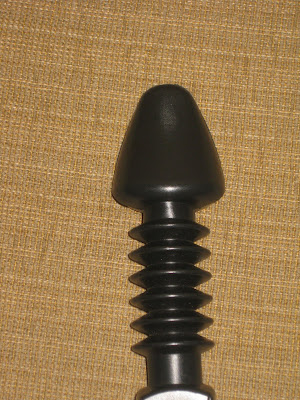 HAHAHAHA! That's hilarious! So...what does it look like to you? I'm seeing an accordion? :)

believe it or not, ours is on peter's road. near joanns and staples.
as in joann's, staples, dicks on peters. (apparently you're not the only one lacking in maturity)

but that thingy??? oh my gawwww.

Purejoy has me laughing out loud and reading this to anyone who will listen. What the heck is that thing?

I'm laughing over here and so relieved that it isn't just me that 'sees' this kind of stuff.

My oh My whatever are you ladies talking about? Heehee!
This is hilarious IOG!

Sokphal-- fortunately Molly thought it was a little pump to pump up balloons!

OMG I'm giggling out loud. Is it a shoe insert?! You're wicked funny.

I think I'm too young to see this post.

A pump? Say it ain't so, Anna. It would have to be a ball pump in that case, not balloons.

You know there are people whose job is to design this stuff, and they're all 12 year old boys.

Worse name I ever personally knew was my dentist in the '60's--Dr. Speedy Nutz. Then in the '80's my doctor was Dr. Feeley...but he was not my gyno. I drew the line.

This must be one of their marketing 'tools'

omg I just spit my coffee out.

Oh, man, this cracked me up. You're so funny!

I actually had a scary gym teacher named Miss Peed in Jr. High, but we were all too frightened of her to make fun of her name... :)

Oh the immaturity runs deep with me. I love this post and I love all the cute comments - Love all you cute girls. Hey I don't have a Dick's in my town what a rip off - I want one!

Laughing very hard at you and Purejoy.

Hilarious. And yes - names are tough. I always felt bad for the girl at my high school whose last name was Kuntz (pronounced Koontz of course...)

what IS that? and why does it look so much like a sex toy? i am really curious now what the heck it was . . .

That thing like that would sell for upwards of $60 on the Internet. I believe Amazon would have them listed under the 'health and beauty' category. I'm not sure how I would know this.

I didn't know they made shoe horns in rubber these days.....if you could only find a shoe to insert it into...