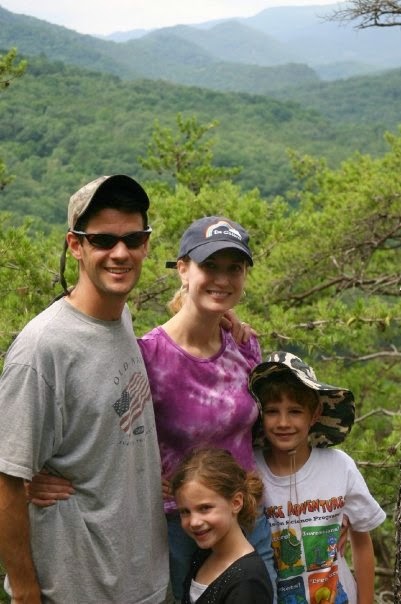 Four year old Margaret started to cry in her booster seat. I looked in the rear view mirror. “What’s the matter?” I figured a tag was poking her, her socks weren't "just right," or she was hungry. With a defeated, gaspy cry, she answered, “Sometimes…sometimes I just have a hard time loving Jesus.” Woah. This was not even close to anything I expected to hear.


I had no immediate answer for her, so I turned it over to Jack, in the “way back” of the minivan. I didn’t know if he’d been listening, but I said, “Jack, is there anything you could say to Margaret?” I was used to his surprising us with wisdom and a near-adult understanding of issues. Maybe he had learned something in school that would give her comfort. I don’t know, but I knew I had nothing.


He responded quickly, “Well, I always knew that about you, Margaret…” Uh oh. Not what I’d been hoping for. Little boy Jack doled out judgment, not comfort, giving his sister the absolute last thing she needed. Maybe Margaret didn’t seem as devout as he did at all of six years old. Maybe he’d seen her do one too many shimmy dances  and donkey kicks during nightly prayers. Who knows? But in that instant, I saw in Jack’s response the response of so many people, the assumption that he could see into someone else’s heart.


I redirected the conversation, but not before saying, “You know what, Margaret?  Sometimes I have a hard time loving Jesus, too. I can’t see Him. It’s hard to love someone I can’t touch and feel.” I was 31 years older than Margaret, but in that moment, in her vulnerability, I knew she spoke a truth shared by me and by many.


And Jack’s reaction, although shocking at the time, reminds me of how often we judge, thinking we have a window into each other’s hearts. Thinking it’s our place to determine how devoted someone else is, rather than focusing on our own heart condition.  It's uncharitable, and unbiblical, “Why do you look at the speck of sawdust in your brother’s (4 year old sister's) eye and pay no attention to the plank in your own eye?
I suppose, perhaps, that people think I have a strong faith. But just last week I had a really hard time loving Jesus. I begged Him to help make an impossible situation better, but it felt like I was speaking into the darkness. I told Him I trusted Him, but it was just so hard and scary. Much of what was going on felt far too close to almost 3 years ago when our world came crashing down, when our prayers weren't answered in the way we wanted.
And yet He came through. Man, did He come through, in powerful and miraculous ways! But what I've learned, and am still learning, is that He somehow comes through even when things don't turn out the way we want. Even when we are neglecting to address the planks in our eyes. And even when we have a hard time loving Him.

Thanks for sharing. I love it! And have been feeling much of the same. Not easy. Continued prayers and thanksgivings for you!

Thank you for this. It is always a timely message. We all have a hard time loving Jesus at times, but he never forsakes us, praise God!

Thank you my dear friend! Man, did he ever hear our prayers! God is good, even though sometimes we don't think he's there. I love you!

Oh Anna, so gorgeous. Thank you! Also, please keep a family in your prayers. They are the Decker family from Memphis, TN and their 12 yr. old daughter, Mikayla, died suddenly on Sunday of an aneurysm. She is in my youngest daughter's class. She died the day before school started. Our hearts are broken for them. I am going to order her your book-I am not sure when she will be ready to read it but at least it is something I can do. Karen from Memphis

He does. He really does.

You're amazing Anna. Thanks for sharing :)

Wow, this is beautiful. Thanks for the reminder.

So true. I have a hard time loving Jesus sometimes, too, Margaret!!

So true! As the children of God, we sometimes forget that we are not meant to understand everything; rather, like children, we just need to trust that God is there and He knows best!

So beautiful and true! Thank-you for this, Anna. Sending love to you and your family.

Well said, this is beautiful and you always, always inspire me!

So beautiful and so true.

I judge people's hearts and I am working so hard to change that. Just the fact that Margaret can be that vulnerable shows that on some deep level she *gets* it.

Once AGAIN, your timing is impeccable. What an instrument you are for sharing the good news. Thank you!

Anna, I've been reading your blog for more than a year. This post is one of your best! You are a help to me and so many with your openness. Your faith shows through. You share your human-ness. I appreciate you and what you do with your God given gift of expressing yourself and making us examine ourselves. Thank you

This is powerful, Anna. And very true.

I have often said that God gives us what we need, not what we *think* we need. It's so hard to trust him.

Brien and I are in the midst of some turmoil at the moment and I'm quite anxious and find myself praying and trying so hard to just TRUST, but I'm struggling. B said to me, "Isn't it funny how we have no trouble believing God sent his son to earth to save us, that he was born of a virgin, that he performed miracles and raised the dead, and yet, we can't trust him with our lives?"

You always get to the heart of the matter. I appreciate your honesty, and I am grateful that God has given you the talent to express it through your writing.

What a beautiful message. It is so true. Thank you for recognizing the truth when it touches you, and for sharing it.

I always admire the way you live your life -- and by that, I just mean you live it. You do things, you parent Margaret, you update your blog, you go on vacation, you write a book! I haven't endured half the pain you have but I find it so hard to move forward after a big defeat. To live my life at all, subsequent to a big setback. It's humbling to see that you are able to. I know for sure you have periods of stasis and where you just let the wind carry you along without being proactive. I'm sure you have days spent on the sofa -- and well earned! But in general, you live your life. What's my excuse? Maybe I could ask for a little prayer from you. I'd be very grateful. E.

I needed to read this. Something about it spoke to my spirit and immediately the tears came. So, thank you.

I needed to read this. Something about it hit my spirit and the tears immediately flowed. So, thank you.